I have a problem with ‘natural wine.’ The more I think about ‘natural wine,’ the more I object to it. There is nothing natural about it. As an anthropologist, I think it needs to be consigned to the compost heap.

Now that I have your attention, let me be clear: I am very sympathetic to the philosophy behind what is often called ‘natural wine.’ I’m running a research project that focuses in large part on it. It is the term itself I object to. I’m not going to use it anymore, and I urge others to stop doing so.

What is wrong with ‘natural wine’? It’s a misleading name that does massive disservice to those who make it. Before I explain why this is in more detail, let me give some quotes.

Personally, I think the word natural can be useful. The public need a general word to indicate the kind of wine it is looking for, and natural is a natural, and while not perfect, is good enough. (2011: 31).

These two are particularly problematic statements.

Britt and Per Karlsson

Many users of the term “natural wine” do not seem clear as to what it is really supposed to mean. Presumably what they have in mind is a wine which has been made without additives and without interventions in the cellar (Karlsson and Karlsson 2014: 203)

In other words, ‘natural’ isn’t.

Natural wine ‘is wine produced from vineyards that are farmed organically, at the very least, and which is produced without adding or removing anything during vinification, apart from a dash of sulphites at most at bottling’ (2014: 23)

To be fair, Legeron is also aware of issues around the term: ‘So, yes, perhaps “natural wine” is not the best term to use’ (2014: 21), although her objections are different from mine. She uses the term since it is the most commonly used. (1)

Jamie Goode and Sam Harrop argue something quite close to my point, when they write:

If we adhere to a strict concept of naturalness, then there is no such thing as natural wine (2011: 2).

They go on to suggest viewing it as a continuum of ‘naturalness.’ I think, if they had followed the implications of their own ideas, they would have gotten to my point. 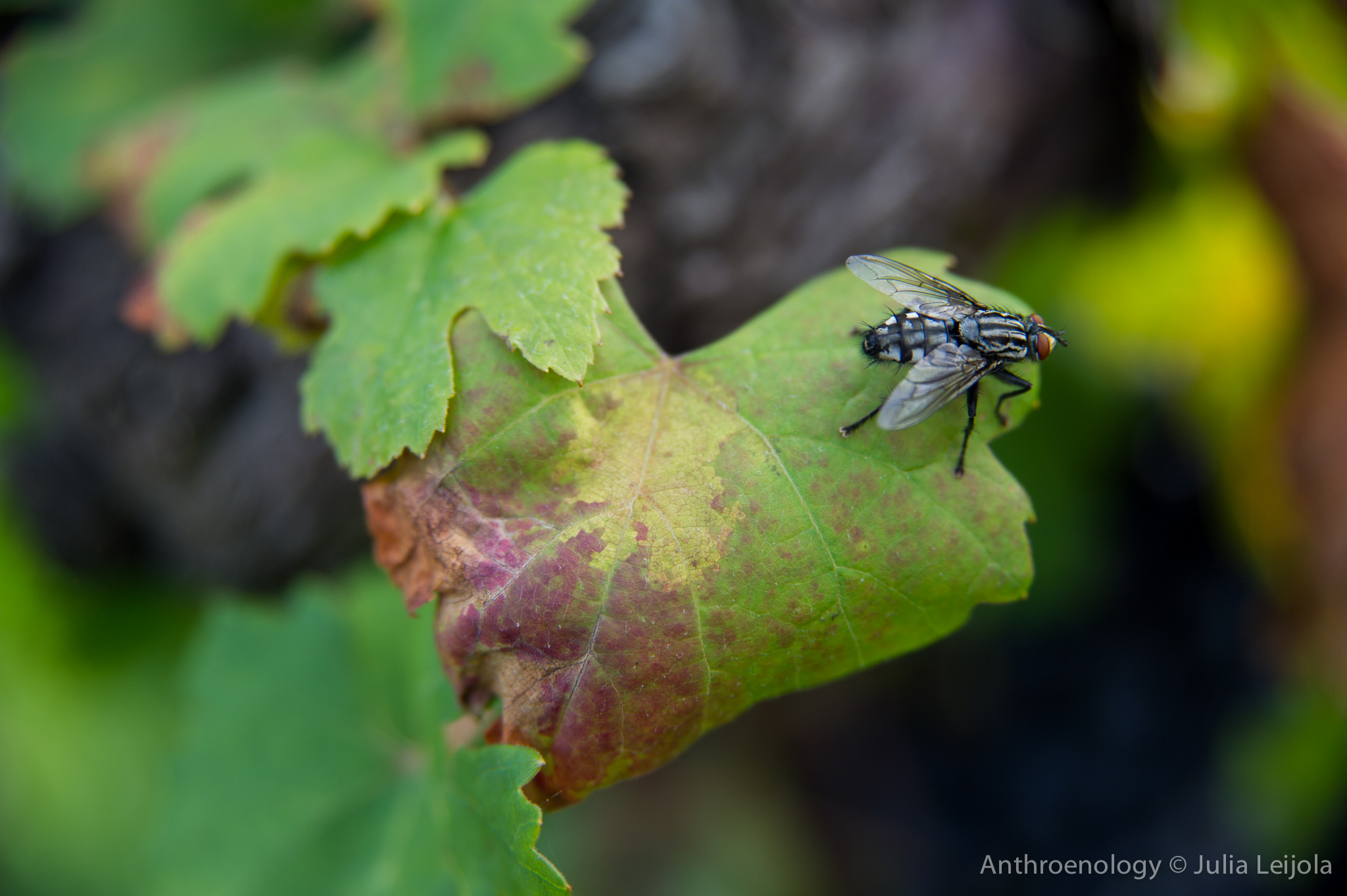 Some actually-existing nature in a vineyard.

From this perspective, the label ‘natural wine’ is similar to what Jean-Robert Pitte has termed the ‘seductions and illusions of the physical landscape’ in regards to terroir (2008: 14). He points out that while terroir in the wider senses includes history, culture and specific practices, people tend not to use it in that way, limiting it instead to the physical environment. While not denying geology and landscape plays a role in wine, Pitte asks us ‘Would Michelangelo have claimed that his Pietà or David owed by far the better part of its beauty to the exceptional quality of the blocks of Carrara marble he used?’ (2008: 15). Even if we know that ‘it is simply not possible to make wine from grapes without some form of human intervention (Cohen 2013: 263), this is what the label ‘natural wine’ is inviting us to forget. It invites us to ignore the role of winemaker, to forget that it takes as much, if not more, talent to know when and how not to do anything, as it does to make wine in a more conventional manner. I would think it also takes a lot more nerve, as you are committing yourself to not allowing technological fixes if you miss up.

I can imagine at least two responses to my point. One is from anthropologists, who would point out that the use of the term ‘natural wine’ can be seen as challenging the hoary old nature / culture divide. We need to get beyond that. Perhaps so, but I would reply that I doubt most people can be bothered to keep up with the latest (or even not so latest) science studies literature, and that the divide remains a pervasive idea in Euro-American worldviews.

The other response is from the wine world, and would raise much the same point. Indeed, it has been raised by people like Isabelle Legeron and Jamie Goode: ‘natural wine’ really means something more ‘natural’ than the bulk wines like Blossom Hill. We know it isn’t really natural. My response to this would be that words matter. Without getting into a whole debate on linguistic relativism, words, at the very least, influence the way we think. (The classic, if debunked, strong version is the Sapir-Whorf hypothesis (Whorf 1956), but for other influences of language, see the work on metaphor. Lakoff and Johnson (1980) is a classic here.)

‘Natural wine’ directs us away from a recognition of how much work, skill and knowledge still goes into the final product. It erases people from the picture, and that isn’t right. If we stop and think, we may realise that ‘natural wine’ really isn’t, but we often don’t stop and think. A ‘good enough’ term isn’t. Nor is it a natural term –it’s a misleading one. I do understand why people advocating the ‘natural wine’ movement would adopt the phrase – it serves an ideological purpose, setting it up against other, overly ‘technological’ wines. But that doesn’t mean we who write and think about the movement have to play the same rhetorical games, even if we agree with the philosophy behind them.

What’s the answer? The simple one is to find another term. I’ve decided to adopt ‘low intervention wine-making,’ which seems to me a much more accurate reflection of what is going on, and one that is used by some winemakers, including some that Anthroenology are working with. It keeps the people in it, and recognises that low-intervention is still intervention, still a series of decisions that are made.

I suspect changing such a term is an almost impossible task, particularly given that within the wine world ‘natural wine’ links to certain ideas and beliefs. But that doesn’t mean it isn’t an idea that should be allowed to go unchallenged. If this post hasn’t changed anyone’s mind, hopefully it at least gets a few people to think more about the role of the people who actually make the wine, whatever sort of wine they make.

(1) I want to point out here that I have a lot of respect for many of the people I’m citing here. I’m not interesting in critiquing them in particular, but rather calling attention to the pervasiveness of certain terms.

Cohen, P. (2013). ‘The artifice of natural wine: Jules Chauvet and the reinvention of vinification in postwar France’ in R. Black and R. Ulin, eds. Wine and culture: vineyard to glass. London, Bloomsbury.

Legeron, I. (2014). Natural wine: an introduction to organic and biodynamic wines made naturally. London, Cico Books.