What follows is the third and final part of a lightly edited version of an informal talk I gave recently at Newnham College, University of Cambridge. I’ve divided it up into three parts due to its length. Given that this was an informal presentation, I didn’t bother referencing it. In this version, I’ve added a few suggested readings at the end of the last post.

Let me now turn to the final period I want to talk about – from the later twentieth century to the present. Here, technology really comes into its own, and – not unrelated to this, there is a challenge of the appellation system by some who find it too restrictive. 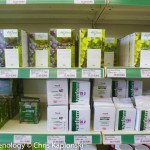 First, some background. There are, very broadly, two approaches to making wine, which can be termed the Old World and New World approaches. The Old World – roughly, Europe – is concerned with letting the wine express the terroir. The vineyard and the grapes matter. The New World approach – everything that is not Europe – has traditionally eschewed the concept of terroir, and attributed the taste of a wine to the winemaker. This is a general rule and changing, but useful for thinking with. The main implication for here is that the New World approach suggests a greater willingness to resort to technology to ‘fix’ or craft wine. (Although, to be fair, chaptalization – the addition of sugar to strengthen alcohol – has a long history in Europe.) A simple way to do this is to add water to cut a too-strong wine. Another is to use a cultured yeast that will give you particular aromas.

There are more hi-tech approaches as well. Wine is traditionally aged in oak barrels. If it is new oak, this will affect the taste of the wine. But any barrel will also allow small scale, slow oxygenation of the wine. This is actually good, rather than the bad oxygenation of a too-long open bottle. Such slow oxygenation allows the wine to develop. It softens the tannins in reds, among other things.

But barrels are expensive. As a very rough ballpark figure, say around £500-£600 each. So, there are ways around this. You can age your wine in a steel vat, and then just dump in oak chips. This won’t allow the micro-oxygenation, but it will give you the oak-influenced tastes, like vanilla. If you want some oxygen in your steel vat, you can then turn to micro-oxygenation. Think of a very sophisticated version of the bubbler you’ll have seen in aquariums. This is supposed to mimic the functions of the barrel without the repeated costs of new barrels.

But there are even more hi-tech approaches to tweaking wine. There are things like reverse osmosis and spinning cone technology that allow you to remove alcohol. There are other ways to adjust almost anything else you care to adjust in a wine. The proponents of this hi-tech approach to winemaking, which the most famous has dubbed ‘postmodern wine,’ argue this allows you to make the wine you want, and, somewhat oddly to my mind, make the wine that truly reflects the terroir, more so than one made according to the Old World Methods. One writer said that the engineered wine was less authentic, but more expressive of terroir. I’m still trying to figure that one out.

Clark Smith, at least – the most famous proponent – is, in essence, arguing you can and should use technology to get past the blandness imposed on wines by technology like electric pumps and refrigerated fermentation tanks. There can also be numerous additives in wine. In the US you can add over 60 things to your wine. And there is no ingredient list on wine. This, the argument continues, not only lets you make the wine you want to, but also ameliorates some of the problems from poorer vintages.

The counter-argument to postmodern wine is Old World winemaking techniques (which do use technology, of course) and, the radical branch, something called natural wine. Natural wine is the focus of my research, so I’ll come back to that.

Whether or not you agree with postmodern winemaking, one of their key arguments is one most people might agree with. The vast majority of wine – branded, bulk, whatever you want to call it, is or has converged towards a sameness. This is not true if you spend a bit more money, of course, or know what to look for. But think of Yellow Tail – a bulk wine if ever there was one. In 2005, in the US, Yellow Tail outsold all the French wine put together. That year, it was 11 percent of the US market, and about 15 percent of Australian wine exports.

Now, there is nothing wrong with Yellow Tail – drink what you like. But one of the reasons that people buy it (besides the animal on the label) is the consistency. You know what you’ll get. You’ll notice, among other things, there is no vintage on Yellow Tail. It doesn’t pretend – or want – to change from year to year. It might not be all that exciting, but it will be consistent.

In the last few decades, some winemakers have started saying similar things about the appellation system. It not only encourages, but demands, a certain degree of conformity. You can only call your Côte-Rôtie (a famous northern Rhone) Côte-Rôtie if it follows the rules – between 80 and 100 percent Syrah, and up to 20 percent Viognier, and the two grapes must be cofermented. All appellations have similar stipulations, and some will even regulate the yield of the grape crop, and so forth.

This ensures that you can go into a shop and buy a Burgundy, and have a decent idea what it will be like in general, if not the exact specifics. But it also limits those who want to experiment with other grapes, other blends, other methods. So some winemakers have started to give up on the appellation system. The first, I believe were the makers of ‘Super Tuscans’ who wanted to make a wine from Tuscany that wasn’t Chianti. They make some outstanding – and outstandingly pricey – wines. But they can’t call them Chianti, and have to call them, roughly, ‘table wine’ – a generic, cheap category. Nonetheless, people willing to buck the system are often making (or trying to make) very interesting wines.

Another group that falls into this category are natural wine makers, who also often have to call their wine ‘table wine’ (or ‘landwein’ in Austria), because can be radically different in taste and style. Not only do natural wine makers eschew the high-tech, but as much as possible, they avoid other forms of technology as well. There is no legal definition for ‘natural wine,’ but proponents would list things like wild yeast, not cultured. No hi-tech methods. No dilution or added sugar. No filtering or fining of the wine, meaning it is often cloudy. Little to no added SO2, which is a preservative. Grapes must be grown organically or biodynamically. Ideally, no irrigation, and hand-picked grapes. Many places will do some or much of this already, without calling their wine ‘natural.’

But the more general point, with which I’ll close, is this: Similar, mass-produced wines are the logical end of modern wine, and perhaps the logical death of them. Perhaps I’m being overly romantic, but I think the ideas espoused by the postmodern winemakers are not the answer. (And let’s not talk about whether or not ‘fixing’ the problems technology created with more technology is really postmodern.) To me, if you want to drink interesting wine, rather than simply get drunk, the answer still lies in terroir. More specifically, I’d suggest that if bulk wine is the death of modern wine, perhaps the principles espoused by the natural wine makers, adopted whole or in part, are the resurrection.

Legeron, I. (2014). Natural wine: an introduction to organic and biodynamic wines made naturally. London, Cico Books.

Lukacs, P. (2012). Inventing wine: a new history of one of the world’s most ancient pleasures. London, W.W. Norton and Company.