Before then, however, I plan to ask for feedback, and a remarking. Not so much ‘ask’ as ‘pay for.’ It’s not cheap, but there are a number of reasons to do so. First, and perhaps the most distant hope, maybe the new marker will have a different view on my tasting notes, and they’ll actually raise enough so that the two average out to a pass. I’m not counting on that, by any means, but it would be nice. Second, it would be useful to see the feedback for both sections for the eventual resit. Not just the tasting notes, but also the theory. I pass that, but hopefully when I see what they think is lacking from my answers. It would be nice to pull them up a bit higher, in preparation for WSET still not liking my tasting notes. Finally, as I noted in my last post, the WSET Diploma is part of a research project. It will be interesting in those terms to see how such things are handled, what sort of feedback they give, and so forth.

As for the resit (assuming the remark doesn’t change anything): probably not until November, 2017. A year from my second try, in other words. Why so long? They notify us of results too late to resit in March. The appeal / feedback process takes up to 12 weeks. That means if I wait, I’ll probably miss the deadline for June. Plus, June is the BIG exam – Unit 3, ‘Light wines’. It wouldn’t be wise to take anything else that day, I think. And finally, with my luck, I’ll be resitting something else come November. 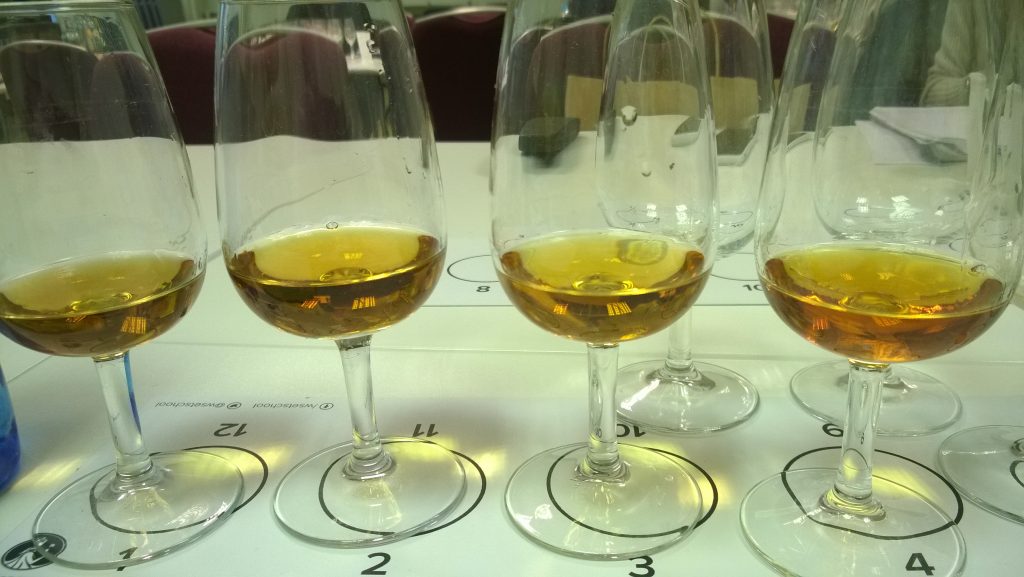 This week, for those keeping track, was Week 2 of Spirits. I wasn’t really looking forward to it. Spirits aren’t my thing, and the instructor for Week 1 wasn’t the greatest. (To be fair, they had been asked to step in for someone who had a scheduling conflict rather late. It showed, and did a disservice to the students, who don’t get a chance at revision before the exam.) Plus, there was the headache all those spirits induced. This week, we had an instructor who was full of enthusiasm and knowledge, both as an educator and in terms of the subject matter. I’m not saying he converted me into a fan of spirits in general, but I do have a new appreciation for them, and that’s a good thing.