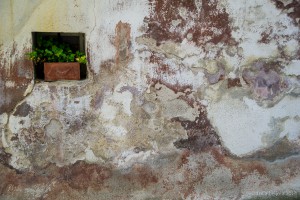 Anthropologists like tradition. We have a long tradition of studying it, and we often seemed more concerned with tradition than the people whom we live and work with. They often, quite understandably, want to get on with life, while we stand in their way, metaphorically and often physically, going on about tradition. Nonetheless, tradition is worth thinking about, at least sometimes. What does it mean, how do people think about and engage with it, and how does it relate to the senses? It is this last question that I am going to write about here.

Some weeks ago, Julia asked me when I would date the start of ‘Austrian wine’ to. I suggested 1985, the year of the diethylene glycol scandal, the aftermath of which forced Austrian winemakers to pay a lot more attention to quality. (I will have to do a post on the wine scandal at some point, but for now, if you need elucidation, Google is your friend.) It is not uncommon to hear it said that the wine scandal ultimately saved Austrian winemaking. Austrian wines existed pre-1985, but were often substantially different in quality. One author writes ‘the wines of postwar Austria were overwhelmingly competing at the bottom end of the market, notably with the worst Italian products’ (Blom 2000: 18). Yet, as Julia pointed out, many wineries proudly claim hundreds of years of wine-making tradition.

This raised, at least for me, the question of where and when do we draw a line between the past and the present in terms of wine and taste. It is perfectly understandable that someone may want to lay claim to a long and glorious heritage, but when that centuries old winery building houses modern equipment, does it make any sort of sense to do so? What about in the US, where Prohibition ended the vast majority of wine production in the first part of the twentieth century? There are endless ways to explore this question, including some very well-trodden paths in the social sciences. The past used for constructing a particular identity is one (for a non-wine case from my own past, see Kaplonski 2004). The past as constructed and reconstructed (Hobsbawm and Ranger 1983 provide a classic, and critiqued, take on the issue). And broader questions about constructing knowledge of the past (Borofsky 1987). The list could (and does) go on and on, and these aren’t even necessarily the best examples – just some of the first to spring to mind on a Sunday morning as I write this.

Rather than exploring these paths, I want to point out a related issue, that of taste. This also refocuses on Julia’s question, albeit from a different angle: When did Austrian wines start to taste like Austrian wines? Here, 1985 ceases to be as relevant, and instead perhaps indicates a sea change in how Austrian wine was expected to taste. And that’s basically my point about tasting tradition. You can’t. Sure, you can taste old wines, or you can taste wines that are said to be made in an old style, but what you can’t taste what they were expected to taste like. Simply because we don’t know.

My point is simply, but important. Not only to wines change, but so do how we understand, interpret and use our own senses. (I am here leaving aside the entire issue of the senses in other cultures, and focusing on the sort of generic, over-generalised Euro-American culture that most wine-drinkers reading this will be familiar with.) This point is understood in the anthropology and history of the senses, but I think it bears pointing out nonetheless. We can perhaps fairly accurately reconstruct some aspects of a centuries-old wine. But leaving aside obvious questions about changes in yeasts, in grapes, and so forth, we don’t really know much about how people expected wine to taste. What someone in medieval Klosterneuburg (which claims an ancient wine tradition) north of Vienna thought was a wonderful wine, we might well spit out in disgust. Indeed, in his Inventing wine Paul Lukacs suggests ‘Even to the palates of the day, a great deal of medieval wine tasted nasty’ (2012: 37). My point is broader than this – even what they considered the good stuff, we might not have liked very much.

Following on from this is the observation we just can’t know how expectations would match up, simply because our conceptions of ‘good’ in terms of taste and smell are different, and perhaps radically so. I’d go further, and wonder to what extent even descriptors like ‘sweet’ and ‘sour’ have been applied uniformly across the ages. I haven’t dug deeply enough into this research yet, but I’d suspect that a) they have changed, but b) probably not as much as more evaluative terms like ‘good’ and ‘bad’.

To return to Julia’s question once more, this time I would say that Austrian wine has always tasted like Austrian wine. Or perhaps it never did. I’d suspect, although I don’t know, that for most of history, region was more important than country. It might be more accurate to say Wachau wines have always tasted like Wachau wines than to attach typical tastes to a larger region. This isn’t because the wines haven’t changed, but rather, our expectations of what they should taste like have.

In the end, I am not suggesting people are making false claims, or being misleading, by laying claim to a long tradition of wine-making. I am, however, suggesting that in many, if not most, ways, this tradition is unrecoverable and unknowable in terms of the senses. And that is probably a good thing.

Lukacs, Paul. 2012. Inventing wine: a new history of one of the world’s most ancient pleasures. London, W.W. Norton & Co.